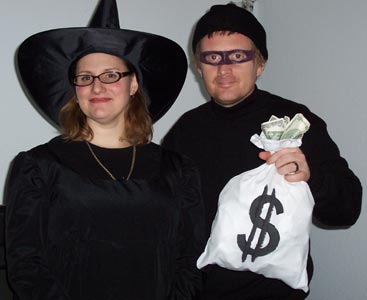 Last night Kelly and I Rocked the bumpin' Trunk or Treat at the ward house. I was complacently in the "no I'm not dressing up this year" camp until Monday night when Kelly made the key suggestion that I could wear the black watch cap and sweater my bro in the navy gave me and be a spy. Somehow by Wednesday that ended up the classic bank robber you see here. I just love that girl! 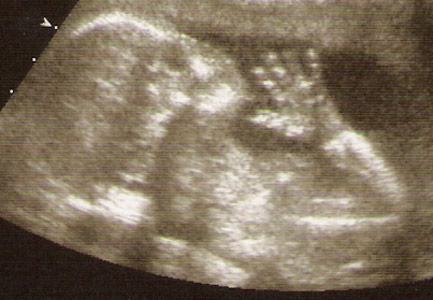 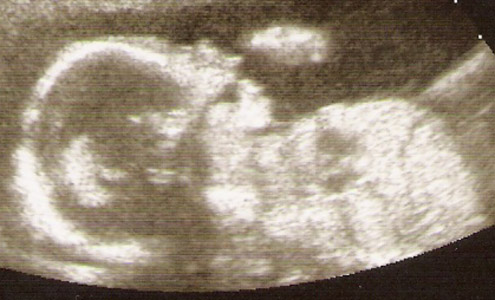 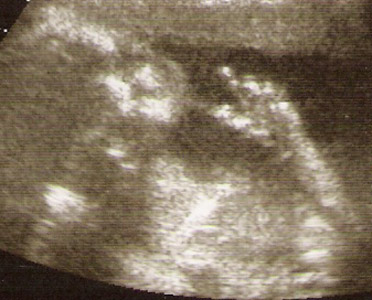 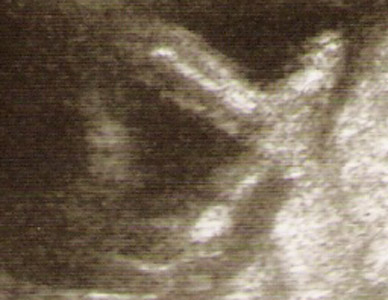 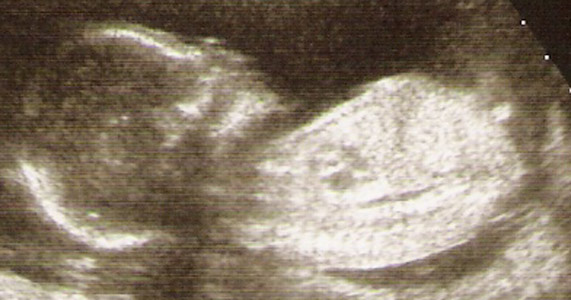 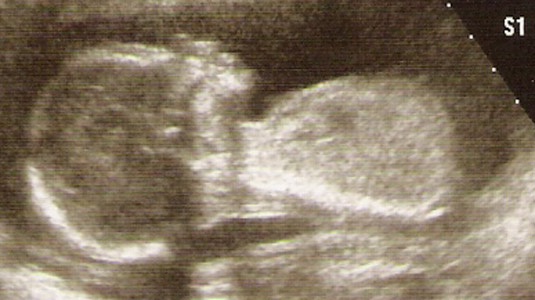 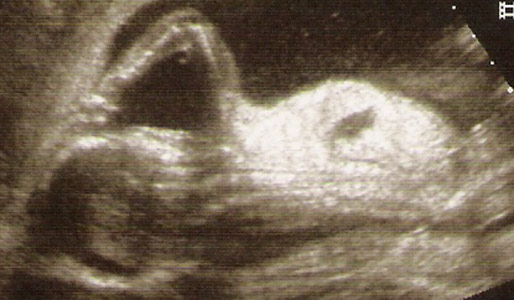 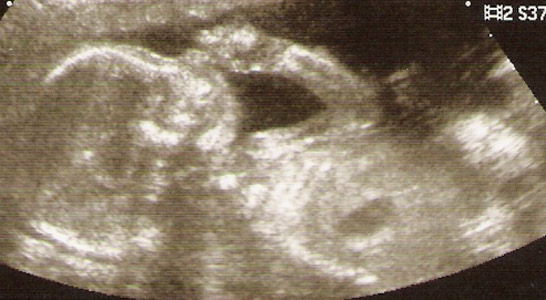 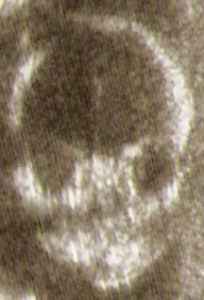 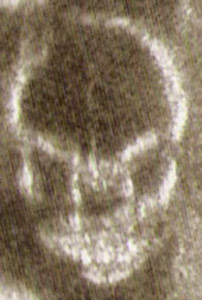 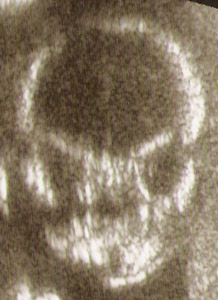 Kelly and I went to the doctor today and they did the big ultrasound, The baby appeared healthy and happy. It was squirming around like a dancing fool. It is normal size for it's age and there didn't seem to be anything that worried the tech. To find out if it's a boy or a girl you will have to play our little game. Our favorite pic is the baby waving! My 2nd favorite is the spine picture with the baby's arm up over it's head. It looks like it's stretching. Kelly also likes the one with the baby sucking it's thumb. Although everyone thinks it maybe picking it's nose. The last three are the baby's scary Halloween face! Looks like it's gonna like the holiday as much as it's mom!

As I lay in bed in the morning before getting up I often set goals for my day. This morning I wanted to really dig into a job I have had on my plate for a week or so and get this piece of machine fixture designed and cut. Making it is the easy part. The hold up has been that there are no models for the part the fixture holds. The engineer did all his work in excel and the end result was 4 complex curves, a list of critical dimensions and a part list. From that I needed to make the parts. So the first step for me was to do all the models. Now this is actually 4 separate pumps but they share most of their geometry and in fact most of their parts in common, with only dimensional differences between them for the most part. So in order to make them most efficiently the thing to do is make one computer assembly model with a configuration for each pump. In order to do this I first needed to make configurations of the parts that were different between the different pumps. Anyway I'm getting a bit technical here... There are no short cuts and even thought we all had a good understanding of what the four pumps needed to be. The modeling had to get done before we could be sure the fixture that I needed to make would work. One thing led to another but I just never got enough done today to feel like I could make the dang fixture. At the end of the day it felt like nothing had happened all day even though work had taken place and progress made. I guess what I'm saying is that even if you have a clear idea of where you want to go you still have to cover the ground that lies between where you are and where you want to be.

Hee Hee Hee... Click Here to listen. We rented a Baby dopler like the ones they use when you go to the OBGYN. For a mere dollar a day we can hear and record our baby's swishy hart doing it's cute little thing. My nephews think it sounds like a crazy puma. That first one is the best as far as quality beat. This one is a longer session where it comes and goes a bit. This last one is another good short one.