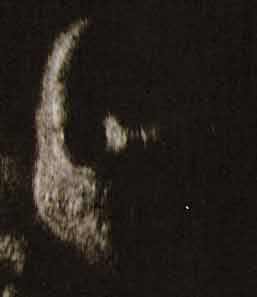 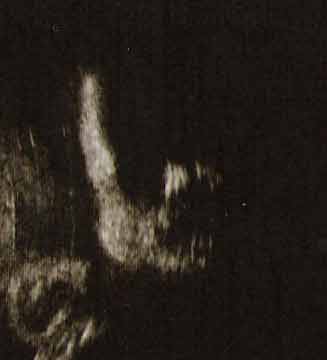 Kelly is going the Docs several times a week now to make sure Roko is doing everything he should be. So far he is a top performer. His weight seems to be right on, not too big or too small, and he excels in moving around. For the tests that they run twice a week they watch for correlation between his movement and his hart rate. If the baby wont move around they can't get a good test, and it can drag out for hours if the kid won't wake up and play. Roko does not have that problem! He loves to play. Kelly is also doing a home test every night where she has to lie down in a certain way and see how long it takes for him to move 10 times. It can take between 5 and 20 minutes they say. But I guess Roko is still learning to understand talking because he just does it in 3 minutes. Cheeky little guy. And speaking of Cheeks these picture are from the ultrasound today and those bulges are in fact his big cheeks. He's a good boy!