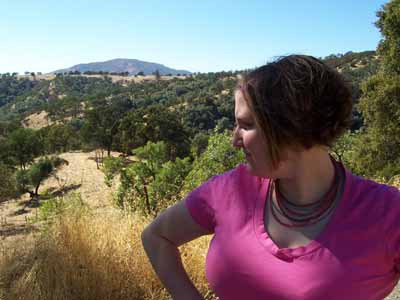 Because Kelly works in retail and will not work on Sunday, she works almost every Saturday. That makes it hard for us to do things on the weekends. This Saturday though she didn't start work till 3:00 and she had Friday off so I skipped out of work at about 1:00 on Friday at we took off down California's highway 49 with the goal of going to a yarn shop Kelly likes in Sonora and then on to Riverbank where her parents live to see Tim Breton's Corps Bride with them and spend the night. 49 is beautiful fun drive through a number of famous gold rush towns and has been one of our favorite places to explore. This time of year the hills are golden but the terrain is still very beautiful and the little towns with there very narrow streets and historic buildings make you wonder what it must had been like in the 1850's.

Kelly and I have been scheming for some time now about hosting a small film fest in our new back yard. Last nigh we picked a date and a name and today we are making the first announcement. Make your plans now to attend the first annual Ashurst Cottage Film Fest.

Kelly and I having recently moved to a new house, and have also become members of a new ward at church. This ward helps the widows in the ward by providing them with firewood. The wood comes from various members who have trees come down on there property and is mostly oak. The work of cutting, splitting, hauling, and delivering is done by the various arronic priesthood quorums. As I have been called to be the priest quorum advisor for the ward, I am now involved with the splitting part of the project. Last night I helped the quorum with the splitting at one of the member's houses. I would estimate that we with the aid of a hydraulic splitter owned by the ward split well over a cord of wood. One guy was pulling wood from the stack where it had been dumped and setting them up for the splitter. The next guy was running the splitter up and down. The next guy would wrestle the wood in and out of the splitter and the last guy would toss the split wood into a new stack. That last job fell to me. I found it ironic that as the night went on and I grew more and more tired the stack got taller and I had to through the wood higher. Some of the extra boys were trying to split wood with a maul and actually managed to get a few of them. I took the opportunity to try out my new chain saw, but could not get it to start. Oh well. It was dark most of the time and it really was fun to be out working with the boys and getting something so worthwhile done. It brought back memories of splitting wood as a kid is Washington. Fun times. 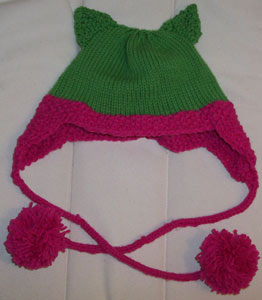 Kelly got her hair done today. She made a deal with a friend of hers that is a stylist that she would knit her a hat for a hair cut... style... do... or whatever you girls call them these days. Kelly worked on the hat for a long time and when finished, it was truly a work of art, and today is payday. She got a cute ?bobbed/A frame? style. She said it is the best hair cut she has ever had. Pic of the Hair coming.

My cousin Billy who will be getting hitched to a fine Idahoan woman next month, has been giving me some technical feedback about how to make your favorite site even better (at least in the conventional/technical sense). I was telling him that he was "the wind beneath my wings" because his site www.BillBenac.com had played a not insignificant roll in inspiring me to make my own web page. His reply was that "the wind beneath his wings" was" in fact non other than my brother Joe. This was because Joe had pointed him to www.HtmlGoodies.com one year at christmas over a glass of eggnog, and Billy had subsequently gone home and stayed up all night crusin the site and then became the worlds best web guru ever.